When is it Okay to Give Up on a Dream?

Life has a way of buffeting you about, like you’re on a stormy sea.  And that stormy sea can often disorient you, and knock you way off course, and daze you so much that you don’t even consider getting back on course until the storm eases.

You may have decided in your youth that you were going to be a famous, award-winning actor.  So, to make this dream come true, you attend acting classes, study drama, join a local theatre group, and embrace every opportunity to act that comes your way.  You may head to Los Angeles to break into the film industry like all those Hollywood icons you look up to.

And after several years of going on audition after audition, and not even getting a hint of a part in even the most random, low-budget film, you wonder if perhaps this acting thing might not work out.  You question your ability.  You compare yourself to all the icons whose ranks you desperately desire to join.  And you find that you come up short in almost every way.  You’re no Al Pacino or Meryl Streep.  And in fact, you’ve been told several times on auditions that acting isn’t for you, and that you should probably try something else.  You work in a café, barely make enough money to pay your rent, and all your efforts to become a successful actor have amounted to exactly nothing.

What should you do? Should you give up on this dream and dream another one?

This is the crucial point.  And it is a point which separates those who succeed from those who fail, those who achieve their dreams, and those who don’t.

I always tell my clients about Sylvester Stallone.  This man knew what he wanted, and he pretty much lost everything in order to get it.  He wanted to be a successful actor just like in our example, but things just weren’t working out for him.  He faced rejection after rejection, was told over and over that he just wasn’t right for the movies, and that he should pick another career!  But he wouldn’t give up.  He was rejected over a thousand times in his quest to succeed, and still he kept going, meeting with virtually no success.

But here’s the kicker in his story.  He did, in fact, shift directions.  He didn’t do it purposely or with any great game plan in mind.  In fact, he was at what he describes as his lowest point, having had to sell his dog, his best friend, as he could no longer afford to feed him.

It was at this point when he saw a fight between Muhammad Ali, and the unknown Chuck Wepner.  Wepner actually went the distance with Ali, which was something no one expected.  Seeing this inspired Stallone, who began to write furiously.

Not too long after that, the film script for Rocky was finished.  This, Stallone reasoned, had to be his ticket to success as an actor.  He would play Rocky!  But of course, no one wanted to know.  Everyone he tried to sell the script to thought it was a silly idea, overly sentimental, and that no one would want to watch it.

Undaunted, Stallone continued.  He simply refused to give up.  He finally came across someone who wanted to make the film, but they did not want him to play the part of Rocky as he was not an accomplished actor.  They offered him a large amount of money, which he turned down, despite the fact that he had no money.  Finally, they agreed to his terms, offered him far less money, and made the picture.  The rest is history.

Two crucial things happened in Stallone’s success story, and they are why you know who he is today.  Firstly, he was absolutely unwilling to give up.  Had he given up after 20 or 30 or 300 rejections and listened to the naysayers, he would never have become the star he is today.  Secondly, he changed direction.  Remember, his dream was to become an actor.  But he turned to writing in order to accomplish it.  He was open to the idea, albeit perhaps subconsciously, that his dream could come true via a different route.  Had he not written that script and been so determined to play the part of Rocky, again, he may never have made it as an actor.

Is it Okay to Give Up on My Dream?

END_OF_DOCUMENT_TOKEN_TO_BE_REPLACED

A Fit and Healthy 2018 Starts With Your Mind

Bridge the gap between your fitness goals in 2018 and where you are today. Image by stockimages

Well, here we are again – New Year’s resolutions time! It’s that time when we resolve to do all the things we know we should do in order to live the better life we imagine for ourselves. And for most of us, those resolutions last all of ten minutes! Then we’re back doing the same old things that have brought us to a life that we’re less than happy with. And as the old saying goes: If you want things in your life to change, you have to change things in your life.

We start off with the best of intentions. We decide that once and for all: We’ll eat more healthily, we’ll go to the gym and do all the things we know we need to do in order to get fit and healthy this year. So we do that stuff for a while, and then we stop.

What usually happens is that we reach a point where the temptation to eat or drink what we know we shouldn’t becomes too strong. We succumb to the bad weather blues when it comes to going out for a run, or we stay in bed for that extra hour instead of getting up and going to the gym for the workout that we committed to a few weeks ago. Then we gradually slip back into our old patterns of too little exercise and too much of the wrong kinds of food.

So how can we avoid slipping back like this and keep our new healthy eating and fitness regime going? END_OF_DOCUMENT_TOKEN_TO_BE_REPLACED 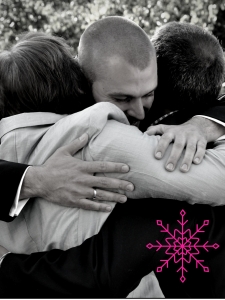 We’re coming to that family time of year. It’s a time when we gather together to celebrate, eat and drink too much and generally have a fabulous time.  And it’s also a time when we find ourselves getting together with people who may very well rub us up the wrong way – family members, who for one reason or another, we always find ourselves at odds with, who we’ve managed to avoid for most of the rest of the year.

Wayne Dyer once said that your friends are a way of compensating for your family. And there’s no doubt about it – families can be hard work. We often find ourselves in the midst of arguments or full-on shouting matches at a time when we should be enjoying the company of those we love.

So what can we do?

Well, here’s a two-step process that might help. END_OF_DOCUMENT_TOKEN_TO_BE_REPLACED

The Goal Everyone Says is Impossible

We all have dreams of the wonderful life we wish to manifest for ourselves.  We all want that perfect job, lifestyle, partner and all the things that go along with a perfect life.  And the truth is that the vast majority of us fall far short of achieving anything near what we truly wish for ourselves.  We live a life of quiet desperation as Thoreau put it.

The truth is that each of us has within us the potential to achieve any and all dreams that we have.  All those great things, people and circumstances we desire can be part of our lives.  If that’s true, then why do so many people play the game of life at such a low level?

How We Are Programmed

From a very young age, we are programmed to think we’re not all that great.  When we receive that spelling test of 20 words back from the teacher, our attention is drawn with a big red mark to the one we got wrong.  Well, what about the 19 we got right? We are taught to focus on our mistakes, on all the things we do wrong, and to ignore the great job we’ve done in getting so much right.  This makes us fearful to try.  After all, we might make another mistake, and everyone might be very quick to draw our attention to it, to make us feel foolish. END_OF_DOCUMENT_TOKEN_TO_BE_REPLACED 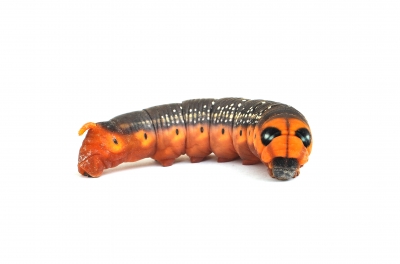 Are you afraid of transforming into a better you ? Image by Twobee

The Monarch caterpillar has no choice.  From the time it emerges out into the world to become an eating machine, it has but one destiny: it will transform into a Monarch Butterfly.  It is a necessary part of its life cycle. It begins life in one form and will end it in an entirely different form. We consider this transformation to be an amazing feat of nature, and yet in viewing it with such awe, we forget that we ourselves often transform in even more dramatic and powerful ways.

There is a crucial difference though: We have a choice: To transform or not to transform?

I work with people who want something better for themselves, for their lives. They are not happy with where they are, and they desire to move into a place that they believe will make them happier, more fulfilled. In the course of my work, I often see people make amazing transformations.  Nervous, frightened, timid, anxious people become confident powerhouses of performance and excellence. They transform.

But then they want to transform. They are willing to take the steps and do the work that brings about that transformation. They desire and so choose the transformation.  Not all people who are at a miserable place in their lives choose to make such transformations.  They know they can become the beautiful, free butterfly, but they opt for remaining the caterpillar and all the limitations that go with that choice. They do this largely out of fear.  Fear of the unknown.  Fear of becoming something more, which will introduce a more complex set of responsibilities to their lives. END_OF_DOCUMENT_TOKEN_TO_BE_REPLACED

Siri Hampapur is our youngest contributor. A girl with a contagious smile :)